Metric vs Imperial, what should I use? 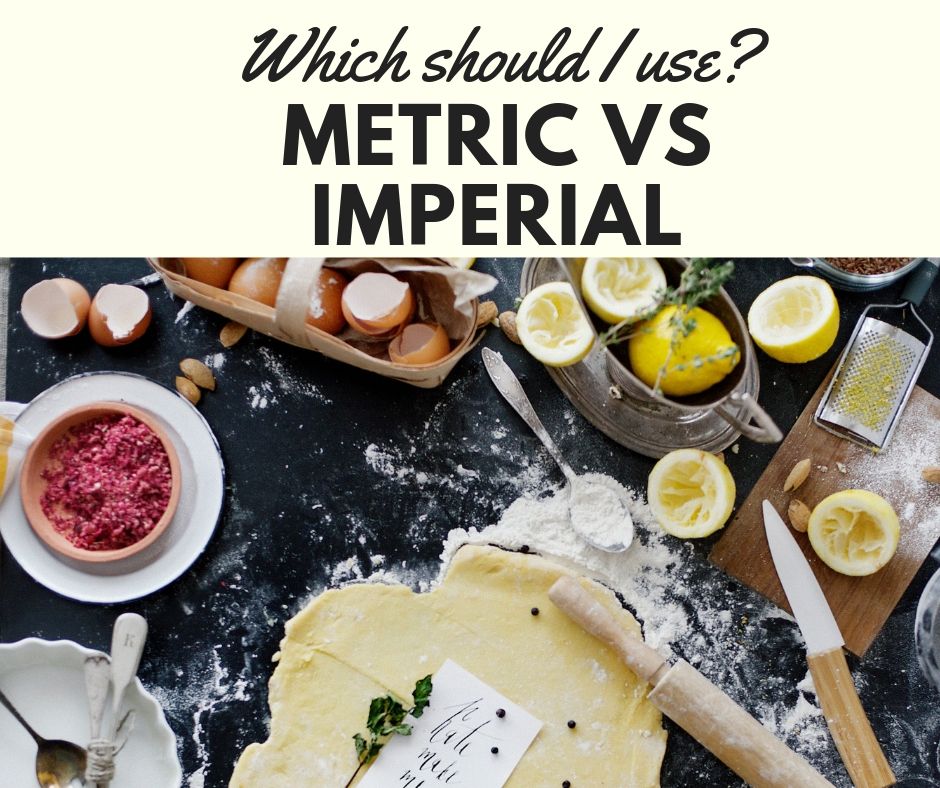 Here’s the thing, we live in Tampa Bay, Florida, USA.  Our country uses the Imperial Measuring System about 90% of the time, and we see a smattering of liters, grams and kilos too, making it all the more confusing.

So what should you do?  Well, learn both to be honest.  Knowing how many liters in a gallon, grams in an ounce, and centimeters in an inch will get you started.  Is there some math?  Yeah, but it’s worth it.  I tend to use both, but will lean to one or the other depending on what I’m doing.

Brewing, for instance, I tend to use Imperial measurements.  Why?  Well, our fermenters are US Gallons, so…. it’s easier to just stick to that.  Also, I have memorized how many points for a pound of honey, sugar, etc IN a US gallon of brew, so…. yeah… I use Imperial for that.  Could I simply do the conversions and use metric?  Sure, I could, but it’s less practical for my way of brewing.

I mean… 1 gallon and 3 lbs of honey would turn into this:  3.785 liters of brew and 1.36 kilos of honey.  The numbers are just more complicated even though they are exactly the same measurements.

Baking though… and pasta making?  Here is where I like using metric.  For one thing, flour compacts.  Try this sometime, dole out 1 cup of flour into 5 different bowls.  Measure the weight of each bowl, and you will find some variation.  It could be as much as 10-20%, depending on how much you pack your flour in scooping, how long it’s sat, etc.  Yes, I know we’re now measuring weight, not volume, but I’m getting to that.

You could simply use ounces instead of grams to measure water and flour for baking.  I like grams because it’s simple.  For a typical bread dough, I use 300 grams of flour and 225 grams of water, that gives me a 75% hydration dough.  Now, 11 ounces is pretty close to 300 grams, and 8 ounces is almost 225 grams, so it’s a fairly close ratio, but not exactly the same.  Could just do 12 ounces and 9 ounces then it’s easy too.

So why do I use grams for baking?

It’s an Italian thing.  In Italy, every Nona measures out about 100 grams of flour for every egg to make their pasta.  I like that.  It’s simple, it’s easy to remember.  Now, I know it’s also about 4 ounces of flour… and roughly 3/4 of a cup, but I still measure it in grams.  Shout out to my Italian roots.  Well, my 25% Italian roots anyway.

Over time, you get used to one method or the other, and honestly, so long as you get the right ratios in the end, it doesn’t matter which system you’re on, but make sure you are measuring correctly.

In hindsight, I should have named this, “Why you should use weight, not volume to measure things.”.

An easy way to… weigh is with a scale.  Going back to my bread analogy….

See?  You have individual amounts for each item, very accurately measured.  You also have a great bread recipe there…. just sayin’.  By using weight, I can do this over and over again, no matter how compacted my flour is, no matter what salt I used, and no matter if it’s humid or dry.  It comes out consistently each time because I used consistent measurements.

I use grams, because…. the smaller amounts of salt and yeast are very difficult to measure in ounces, and harder to remember the numbers.

So there you have it, a simple rambling explanation of Metric vs Imperial measurements.

That’s all I got, have a great day!

PS…. this is the scale I use.  It’s good up to 50 lbs and has metric and Imperial measurements.  Just click on it to purchase through Amazon.  We get a small commission at no cost to you when you do.

This entry was posted in Blog, Brewing, Cooking.